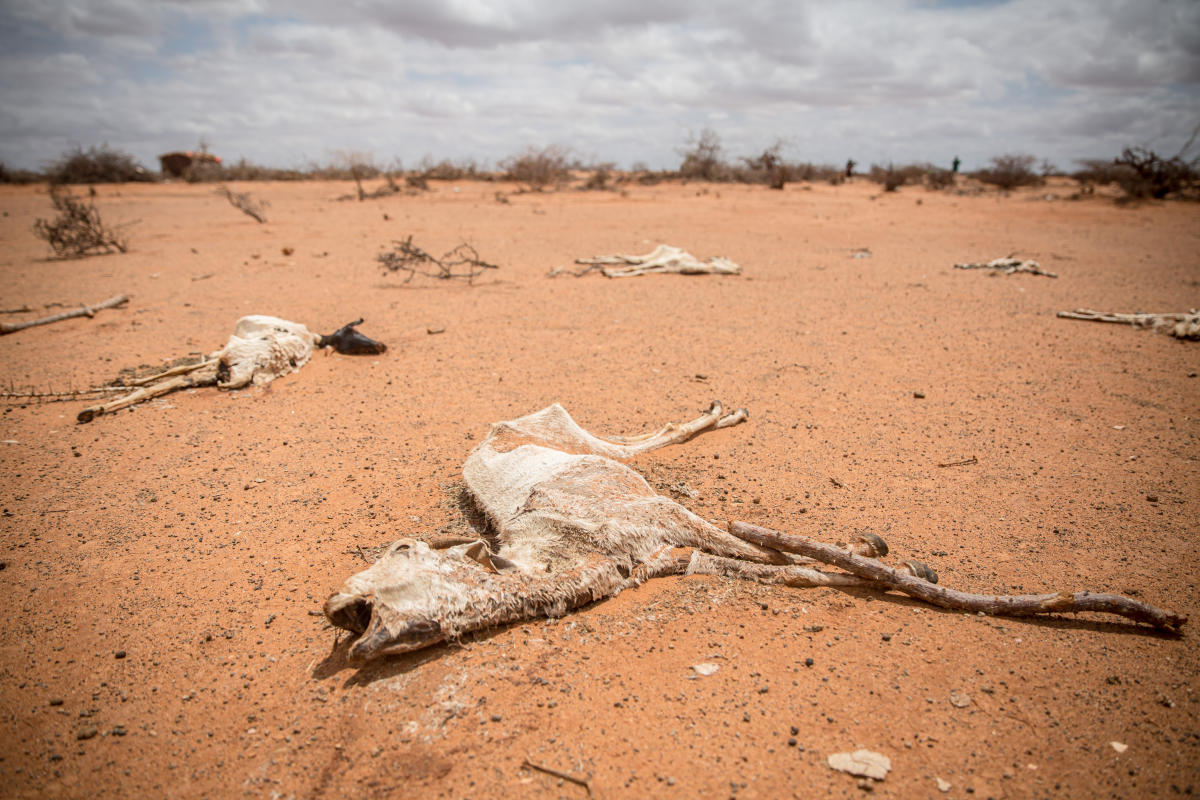 Thanks in part to climate change, the number and frequency of droughts on the planet have increased by 29% in the past 22 years, according to a United Nations report released Wednesday. As a result, roughly one-third of the Earth’s population, 2.3 billion people, now face the risk of water scarcity.

“The facts and figures of this publication all point in the same direction: an upward trajectory in the duration of droughts and the severity of impacts, not only affecting human societies but also the ecological systems upon which the survival of all life depends, including that of our own species,” Ibrahim Thiaw, executive secretary of the United Nations Convention to Combat Desertification (UNCCD), said in a statement.

Droughts like the one gripping the American Southwest, where water restrictions have been imposed in states like California and Arizona and reservoir levels continue to fall heading into the dry summer months, are being felt across the globe. A severe drought in the Horn of Africa has put the lives of millions of people in Somalia at risk. The combination of drought and an intense heat dome that has lingered over parts of Pakistan and India is threatening the current wheat harvest and putting millions more lives in danger. Thanks to a series of drought years, Australia’s agriculture industry registered economic declines of 18% between 2002 and 2010, the U.N. report said.

France has seen a 25% drop in rainfall since the start of April, accompanied by a rise in normal temperatures not usually experienced until summer, France24 reported, with dire consequences for crops like corn, sunflowers and beets.

“So very quickly, we ended up in a critical situation — before summer has even started,” hydrologist Emma Haziza told France24.

Numerous studies have established the link between rising global temperatures and drought. Hotter temperatures speed up evaporation, reducing the amount of available surface water, drying out crops and other plants. The hotter it gets, the quicker that reaction plays out, raising the risks of wildfires that can feed off of dried-out vegetation.

“We are at a crossroads,” Thiaw said in a statement. “We need to steer toward the solutions rather than continuing with destructive actions, believing that marginal change can heal systemic failure.”

The UNCCD report offers a grim warning about what humanity will face if it does not work to try to prevent the further degradation of soil caused by climate change.

By the year 2030, the report states, “an estimated 700 million people will be at risk of being displaced by drought.” By 2040, roughly one in four children are expected to live in places that will experience “extreme water shortages,” and by 2050, the prevalence of droughts will mean that between 4.8 and 5.7 billion people “will live in areas that are water-scarce for at least one month each year.”

Key to avoiding this fate, climate scientists say, is replacing fossil fuel sources of energy across the world with renewables. There has been some encouraging news on that front. In April, for instance, the United States generated 20% of the country’s electricity from wind and solar sources, a record high.

Yet the effort to transition to renewables coincides with rising global greenhouse gas emissions. Without dramatically reducing these emissions, scientists warn, there is little hope of keeping temperatures from rising more than 1.5° Celsius above pre-industrial levels. Beyond that threshold, evaporation rates would also rise dramatically, raising the odds of more crippling droughts.

A report released Tuesday by the Met Office, the meteorological service of the United Kingdom, put the odds at 50-50 that mankind can make the sweeping changes needed to keep average global temperatures from surpassing the 1.5° Celsius marker in the next five years.